FEMENA is pleased to have signed this letter to Formula 1 along with 26 other human rights organizations concerned about the rights situations in Bahrain. 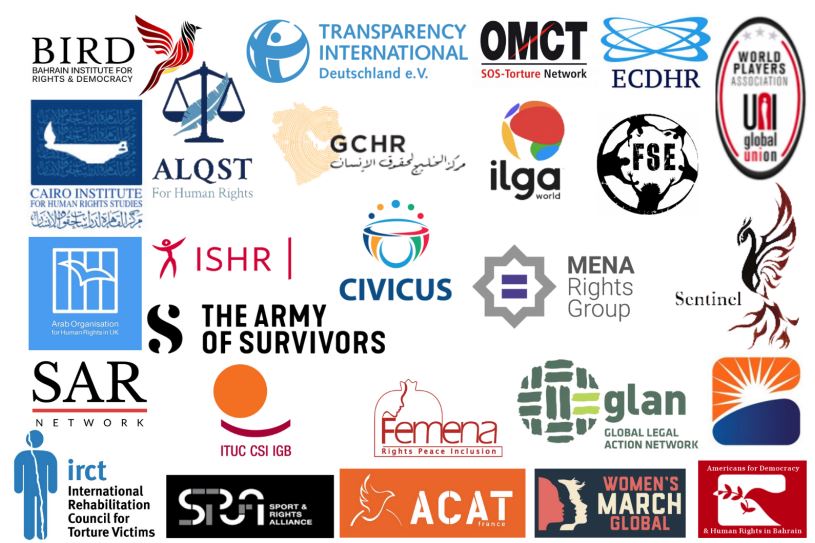 Re: Rights Groups Letter to F1 CEO Ahead of Bahrain Grand Prix

We, the undersigned organisations, are writing to you ahead of the Formula 1 (F1) Gulf Air Grand Prix in Bahrain to raise our concerns over Bahrain being rewarded with a 15-year contract, believed to be the “longest race contract deal ever signed”, despite continuing serious human rights abuses and political repression in Bahrain previously raised with F1.

Your decision to not engage with the international human rights community before signing your most recent contract with Bahrain does not support your 2021 claim that F1 takes “violence, abuse of human rights and repression very seriously”.

In March 2021, over 20 international human rights organisations and trade unions, as well as over 60 members of UK parliament, called upon F1 to acknowledge the severity of human rights abuses in Bahrain, including those linked to your race. W e requested a meeting with stakeholders and for the establishment of an independent inquiry to review F1’ s impact on the human rights situation in Bahrain.

These requests were dismissed with your claim that it would “not be appropriate for [F1] to pretend” it is able to fulfill them. Furthermore, you failed to acknowledge the cases we raised with you, cases of Bahrainis who have been tortured and imprisoned in part due to their criticism of and peaceful opposition to the F1 race in Bahrain.

In your own words, sport has a unique role in being “a force for good”. However , F1’ s lack of response has shown this claim to count for nothing in Bahrain’ s case. In reality , the F1 race in Bahrain has contributed to the Bahraini authorities’ abuse and suffering of individuals, and F1 has failed to adequately use its platform to address these abuses or publicly advocate redress for these victims.

A pertinent case that you are no doubt familiar with is that of Najah Y usuf. In October 2019, F1 management stated that they would raise the United Nations Working Group on Arbitrary Detention (UN WGAD) recommendations for Najah Y usuf ’ s redress directly with the Bahraini authorities. Four races later , Bahrain has made no discernible attempt to hold her abusers to account or provide redress. In addition, the family of Salah Abbas Habib, the man shot dead by police on the eve of the 2012 F1 race in Bahrain, remains without justice.

We are concerned that the 15-year contract signed between F1 and Bahrain does not have the appropriate checks and balances in place. Given that human rights organisations have found that Bahrain continued its “heavy repression” last year , “sustained its violent campaign of persecution against political dissidents, escalated its targeting of children”, and dramatically increased use of the death penalty over the last decade, this unprecedented partnership throws into question F1’ s role in ‘sportswashing’.

There is no semblance of freedom of expression in the country . Reporters Without Borders has ranked Bahrain at 168 out of 180 countries on the 2021 World Press Freedom Index and according to the Committee to Protect Journalists, journalists continue to be imprisoned.

Dr Abduljalil AlSingace, political prisoner, respected academic and human rights defender who has been unlawfully imprisoned since 2011 and sentenced to life imprisonment, has been on hunger strike for over eight months, since 8 July 2021. The hunger strike is in protest at the confiscation of his academic work, which he spent the last 4 years in prison researching and writing by hand. Whilst his health deteriorates, authorities have arbitrarily suspended his weekly video calls to his family, propelling him to intensify his protest by refusing his IV . In spite of the international calls for Dr AlSingace’ s release and for a resolution to this hunger strike, Bahrain has continued to deliberately deny Dr AlSingace adequate medical care and continues to ignore his simple demand for the return of his intellectual property.

Dr AlSingace is not alone. Nine other leading human rights and opposition activists, convicted for their leading roles in the 2011 pro-democracy uprising, remain incarcerated.

Whilst we are in support of F1’ s decision to cancel its upcoming race in Russia in light of the invasion of Ukraine, we feel there is a clear double standard being applied with countries in the Middle East. Indeed, the Saudi-led coalition, which includes Bahrain and the United Arab Emirates, continues to enjoy the renewal of F1 contracts despite their continued seven-year military campaign against Yemen, which is
contributing to the creation of what the United Nations has termed the “world’ s worst humanitarian disaster” and which saw the coalition placed on a blacklist for violations against children in Yemen.

According to a 2021 UN report, the Saudi-led coalition continued to “commit egregious violations of international humanitarian law and international human rights law , including indiscriminate attacks against civilians, forced disappearances and torture”.

We are saddened that despite the clear parallels between Russia and Ukraine and the Saudi coalition and Yemen there appears to be one rule applied for victims of war in Europe and another for victims in the Middle East.

We urge F1 to engage with international human rights organisations by publicly acknowledging the human rights crisis in Bahrain and refraining from contributing to the sportswashing of such abuses. In light of this, we ask that you:

● Use your platform and influence with the Bahrain authorities to secure redress for victims of abuses directly linked to F1 activities;
● Evaluate and revise your contract with Bahrain to include conditions on compliance with international human rights law;
● Review your official policy on racing in Bahrain, as well as Saudi Arabia and the United Arab Emirates, given their roles in the military campaign in Yemen; and
● Reconsider your position on F1’ s willingness to facilitate a commission of independent experts to investigate human rights violations linked to F1 activities in Bahrain, with a complaints mechanism to allow victims to report abuses.